Let’s look at each one in turn:

A direct reporting of visual details of the environment, both natural and made. The visual communicator can control the result through style and technique. For example, through the use of photographic techniques.

‘Picasso’s Dove became a symbol for the Peace movement, and for the ideals of the Communist Party, after it was used to illustrate the poster of the World Peace Congress in Paris in April 1949′. (Tate)

The symbolic can be simple or complex to convey visual meaning. For example, the white dove with an olive branch has become an international symbol of peace.

Visual messages can be further enhanced through choice of media, layout and composition, colour and typography to create a tone of voice and a visual hierarchy for a message.

Often used on Christmas cards and in religious paintings and images.

This image ‘shows a dove impaled on a bayonet, its neck broken, feathers fluttering loose. The caption reads: ‘Never again!’, 1960. The image is a sceptical (and cynical) response to the Geneva Conventions’ remit to prevent human rights abuses in times of war’.

Looking at the work of visual artists help us to better understand how meaning is formed through visual communication.

We can also look at the work of some other notable montage and photomontage artists working with the medium of painting, photography and film.

Moholy-Nagy was a modern artist of the twentieth century. He was at the cutting edge of art, photography, commercial design, stage and film, and design education.

Hannah Höch (1889-1978), born in Germany was one of the originators of photomontage.

Richard Hamilton (1922-2011), born in London was an English painter and collage artist.

David Hockney, (1937-present) was born in Bradford, West Yorkshire in the UK.

An English painter, draftsman, printmaker, stage designer, and photographer, he is considered one of the most influential British artists of the 20th century.

The arrival of Photoshop

In 1987 an early version of Photoshop (ImagePro) was developed by brothers Tom and John Knoll. They eventually licensed it to Adobe and version 1.0 of Photoshop was released in 2005.

Following the launch of Photoshop, Image editing and compositing has a very different look today and as David Hockney points out, with the advent of Photoshop ‘everything can look the same now’. As software and technology continue to evolve we have to remember visual communication has a rich heritage. Visual literacy and making pictures to communicate messages is a part of our individual cultural identity. We mustn’t lose sight of our heritage, our values and the values of our audience as we create the images of today.

Donis A. Dondis (1973) A Primer of Visual Literacy, MIT Press

Hockney D. and Gayford M. (2020), A History of Pictures, From The Cave To The Computer Screen, Thames and Hudson

Hi, My name is Wendy Corbett. I am a freelance Content Writer/Designer and a part-time Lecturer at The University of Worcester. View all posts by Wendy Corbett

This site uses Akismet to reduce spam. Learn how your comment data is processed. 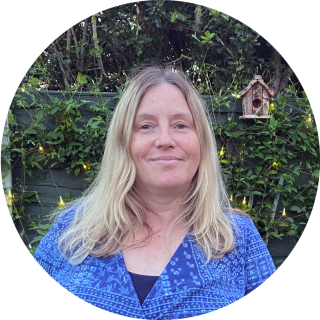 Hi, My name is Wendy Corbett. I am a freelance Content Writer/Designer and a part-time Lecturer at The University of Worcester.

Based in Worcester, UK
wendycorbett@me.com